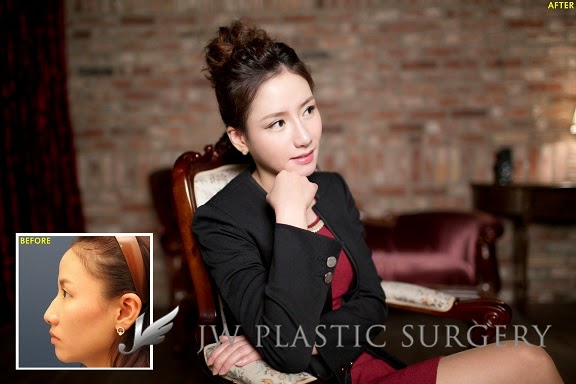 The most beautiful nose is the most harmonious nose with your face.

Because the shape of the nose is prominently different between races and individuals, its arrangement, contour of the face, structuring effect and the shape of the nose can greatly influence the face’s appearance.
In general, a Westerner’s nose is high and narrow in width while Asians have a flat and wide nose.
Korean’s generally have an oval nose which widens coming down below the bridge.
Although one might have a high and sharp nose, we cannot consider it sophisticated if the overall face is not balanced. ‘An ideal nose’ can be rated according to the proportion of the nose to the face listed below: 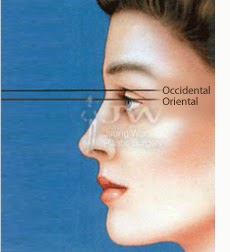 ●Starting Point: Between the eyelashes and the line of double eyelids.Generally many believe it ideal to have the bridge of the nose start at base of the double eyelids; this will make the nose look artificial for Asians so it is more natural looking to have it start at the eyelashes. 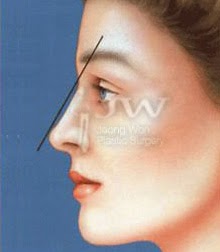 ●Side profile
We consider it idealistic for a nose to lift upward at the tip of the nose for women and neat and straight for men. However, it is necessary personalize the adjustments according to the face shape and the distance between one’s eyes. Recently, it has become more diversified to personalize to a person’s face than following the previous standard whether this might be a straight or moderately lifted nose. 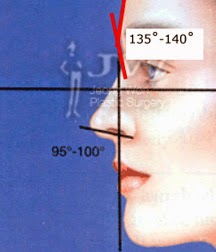 ●An angle where the columella nasi (pillar of the nose) and philtrum (structure that forms the upper lip and nose) meet (nasolabial angle)
Over 90-95˚(Over 100˚ for Westerner)
An angle between the line of the nose and the forehead: 135-140˚