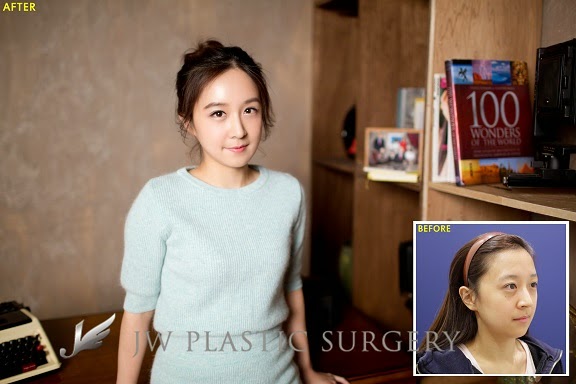 JW Personalized Blepharoplasty got the answer!
So now, lets take a look what kind of blepharoplasty procedures JW has.

*You can click those name of procedures if you need more information.
Double eyelid surgery itself has 3 types of method which are non-incision, partial incision and incision method.

A non-incision method is used to connect the muscle and inner skin of the eyelid to create new crease. It is more suitable for those in their teens or twenties who have tighter skin. For those who have thicker skin or a greater fat layer, incision was preferred because the creases might not hold, but recently with surgical advancement non-incision methods are also being used. In the case drooping or falling of the eyelid, sometimes referred to as “lazy eye”, blepharoplasty surgery must be done in conjunction with ptosis correction. 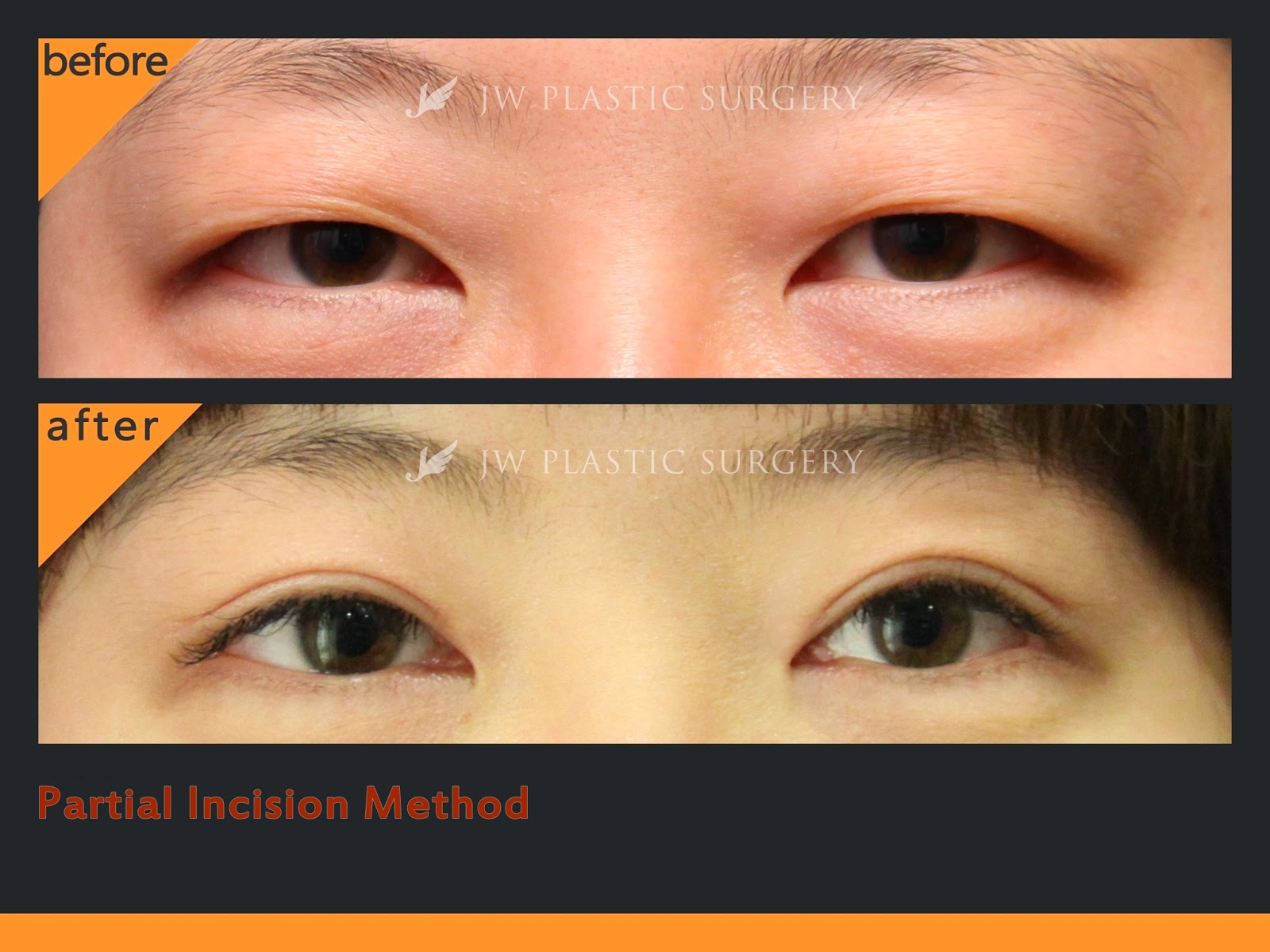 Partial incision is a method to remedy of the two method’s shortcomings. This procedure requires an incision 5mm on the inner and outer eyelid creating the double eyelid and then stitching up the incisions. The method is recommended for those who have strong orbicularis oculi muscles or thick eyelids and their creases can become undone. The surgery is usually scar-less and the swelling period is relatively short. However, this procedure is not applicable for those who have sagging eyelids.
▶Incision method 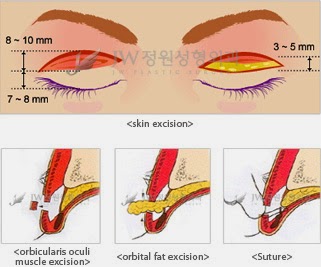 Incision requires a cut on the line of the eyelid and removing a required amount of tissue (skin, muscle, fat, connective tissue) while connecting the dermis to the tarsi allowing the cicatrix(scar) between the two tissues to make a deep and natural double eyelid. Patients with sagging skin, thick muscles or fat layers, incision is highly recommended. The possibility of the double eyelid becoming undone is smaller than the non-incision surgery because the stitches would be tighter allowing for them to last longer. Swelling will last longer and a longer period of time is required for a more natural look.

☞Types of Double Eyelids according to shape 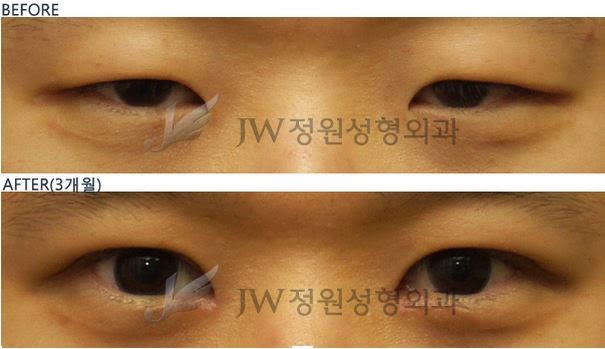 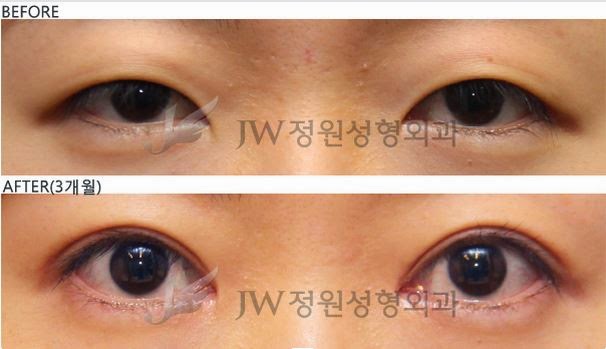 Outfold
This type, is commonly seen amongst Westerners can look a bit awkward and unfamiliar among Asians. For those who do not have an epicanthic fold or for those whose crease of the double eyelid starts outside of the epicanthic fold. The crease can be seen throughout the eye and this allows the eyes to look bigger. 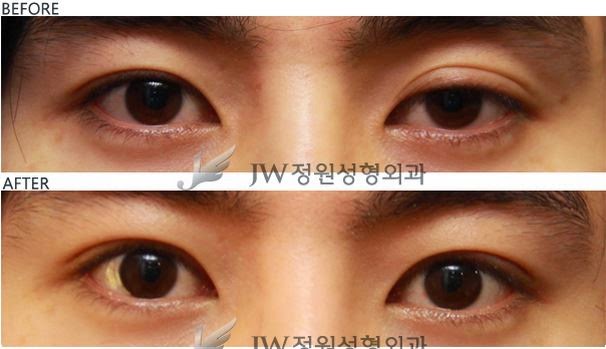 In-Outfold
This is between an in-fold and out-folds of the eye and is suitable for those whose eyes are generally bigger than others. It can make your eyes look well-defined and attractive.
Was the above information helpful to understand more about double eyelid surgery?
Then, lets take take a look what ptosis correction is.
▶Non-incision ptosis correction
To perform ptosis correction, the orbicularis oculi (eye opening muscle) needs to be adjusted.Ptosis correction was only performed by an incision in the past because the orbicularis oculi lie in the deepest part of the eye and excess tissue must be remove along the way.
▶Surgery Method
Because the muscles control many elements, it is important that the shape of the creases fall smoothly when the eyes are opened. 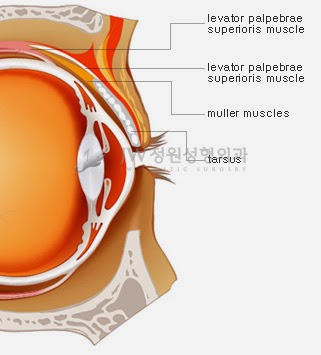 The eye-opening muscles are connected through the conjunctiva with a special suturing thread by making tiny holes under the crease of the eyelid and pulling the muscles and tarsus together.

▶Advantages of JW non-incision ptosis correction
▶Who are the suitable candidate for this procedure?

0Shares
Previous Post[Real Story] I looook totally DIFFERENT NOW!Next PostWhat kind of nose is considered as the most beautiful nose?